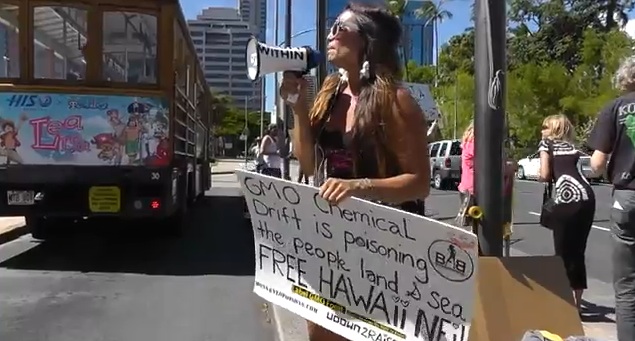 One year and counting the movement celebrates and protests in front of the Hawaii State Capitol against funding for GMO research from Monsanto to the University of Hawaii- School of Tropical Agriculture. The Babes Against Biotech girls showed-up.