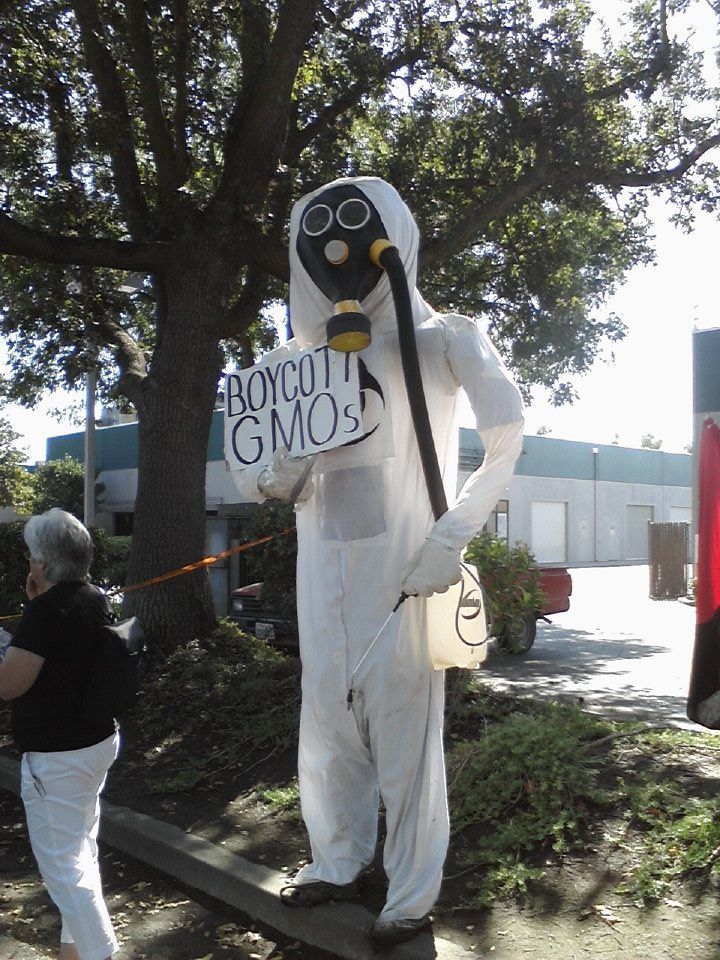 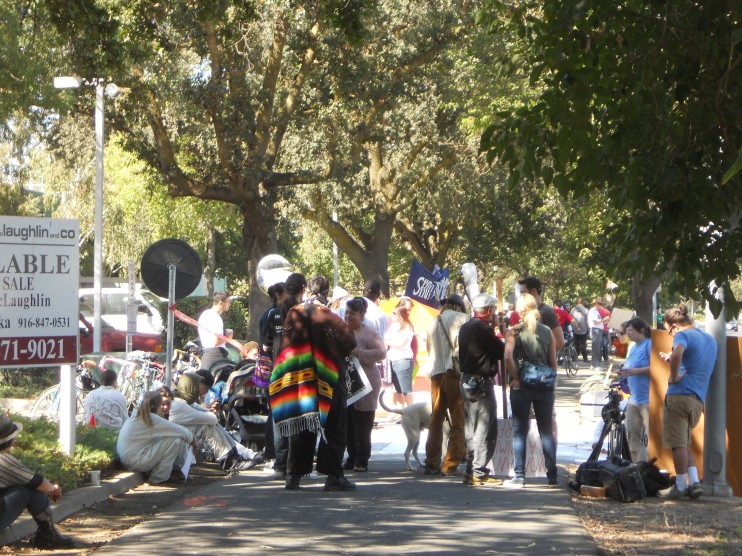 “The speaker whose name is Al Rojas is an active member of Occupy Woodland and long time farmers’ activist. He is a co-founder of UFW” 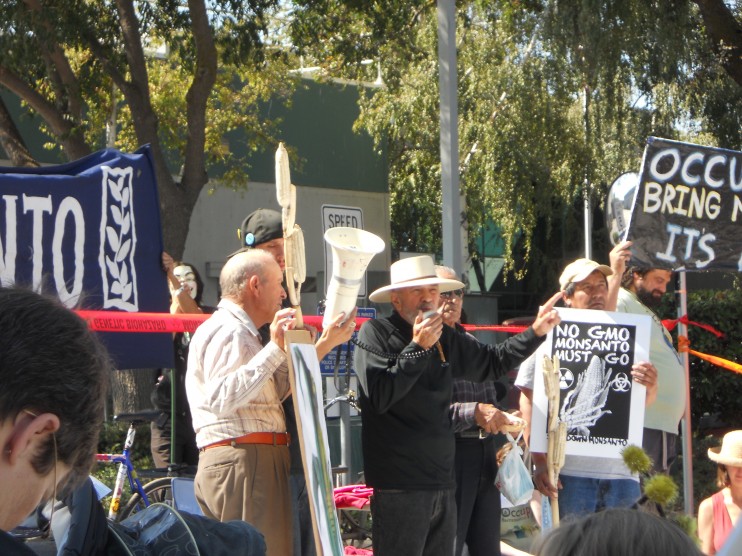 PNN-TV speaks with organizer Stevan Payan about the impact on our food in front of Monsanto headquarters. 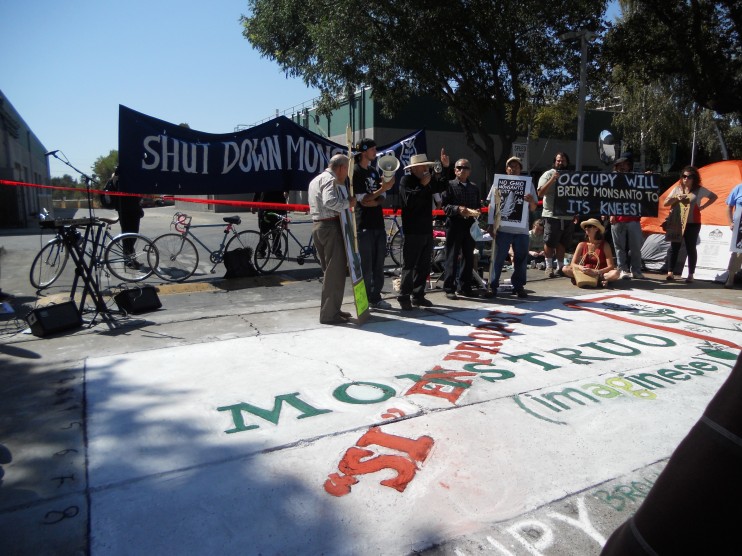 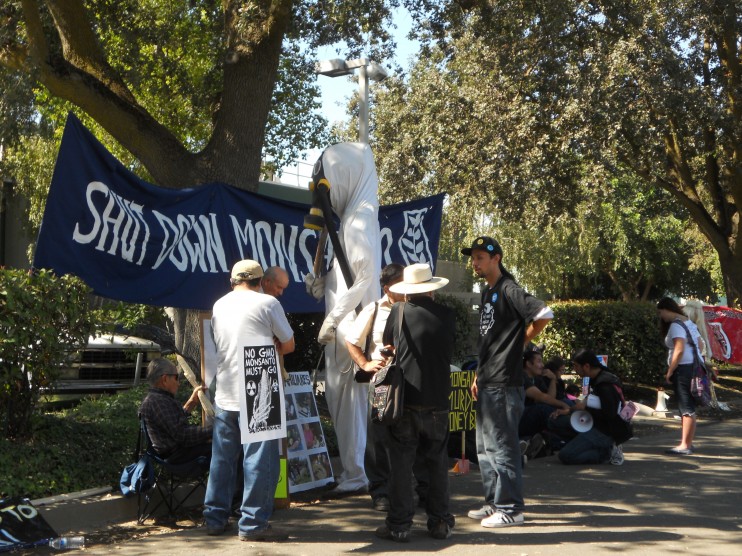 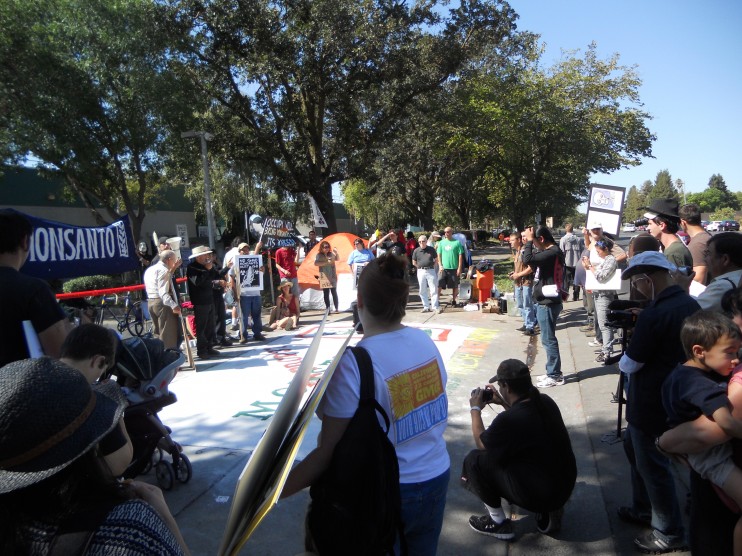 Farmers bring seeds of corn from Mexico to continue their heritage here in California. 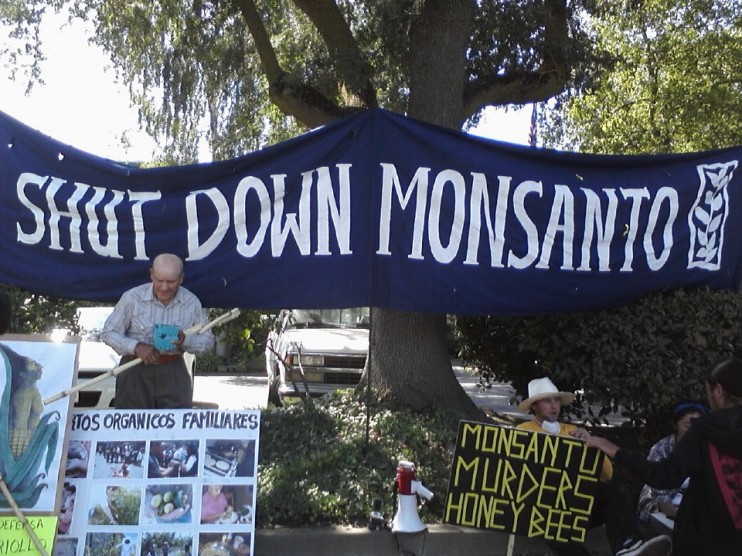 “Today i went to Davis,California to the HQ of Monsanto. Today was a global day of action against Monsanto. We blocked both points of entry all day (well,we blocked the entry points from 5am til 6pm. That is of course the hours of operation for this Monsanto building).The Number of protesters where a steady 30+ and over the full day the Number reached near 70.” 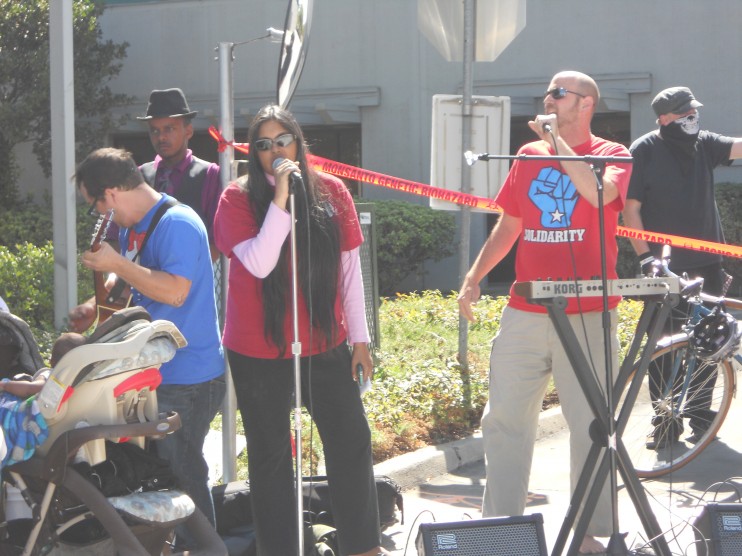 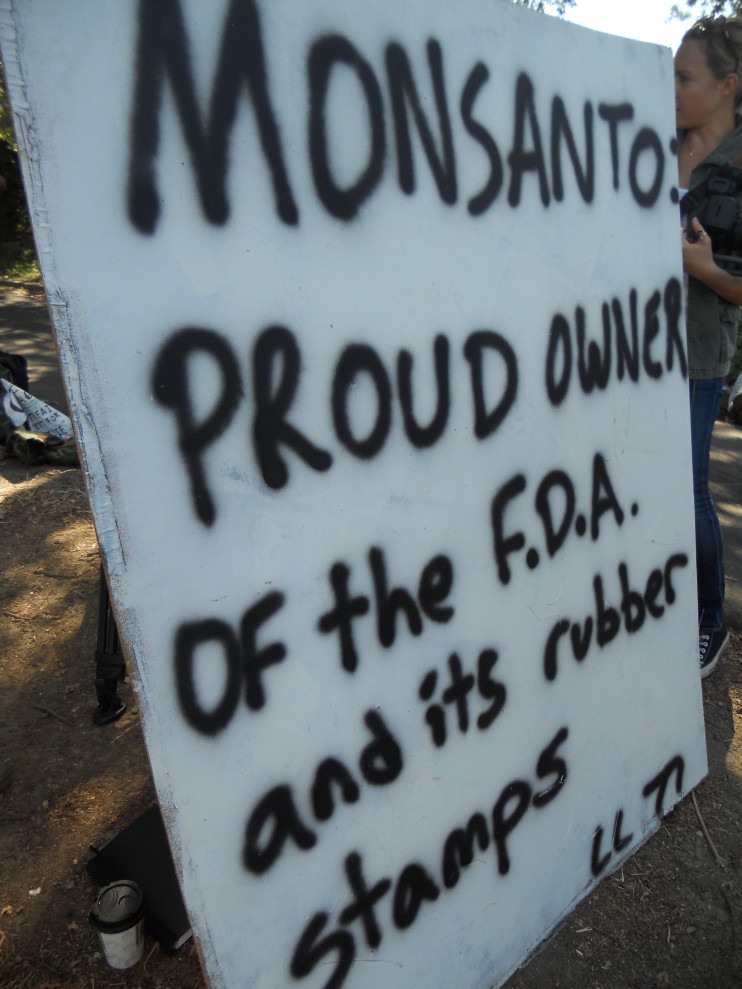 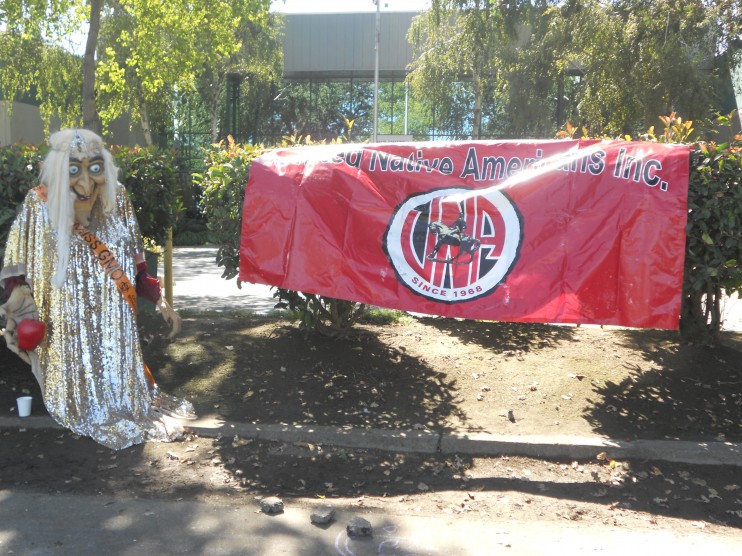 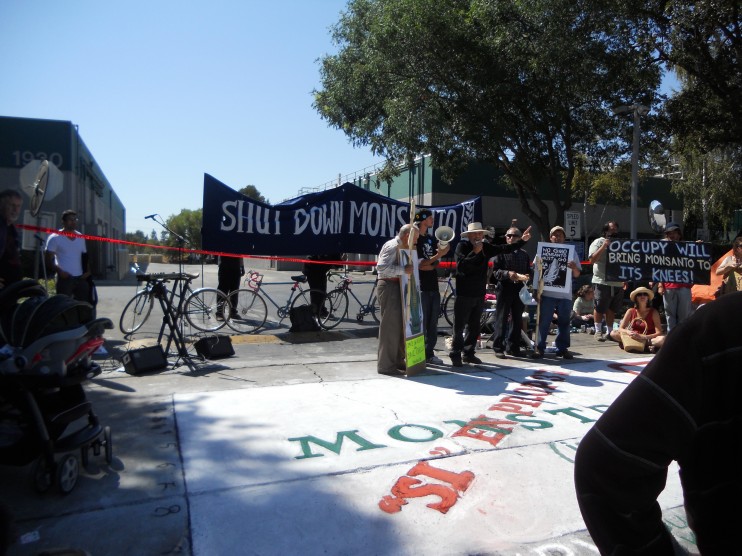 Wounded Knee Speaking to the crowd outside of the facility 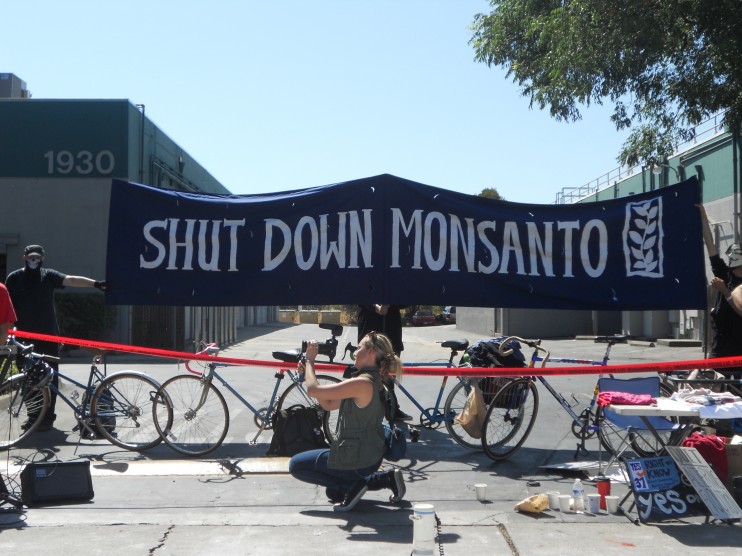 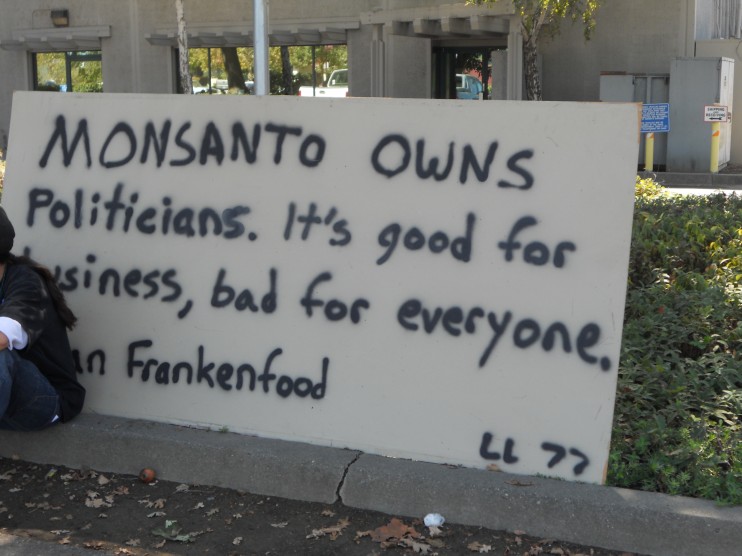 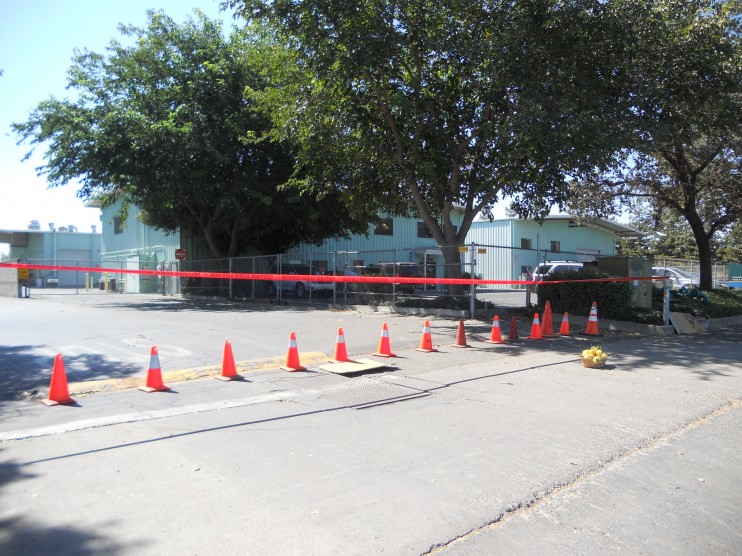 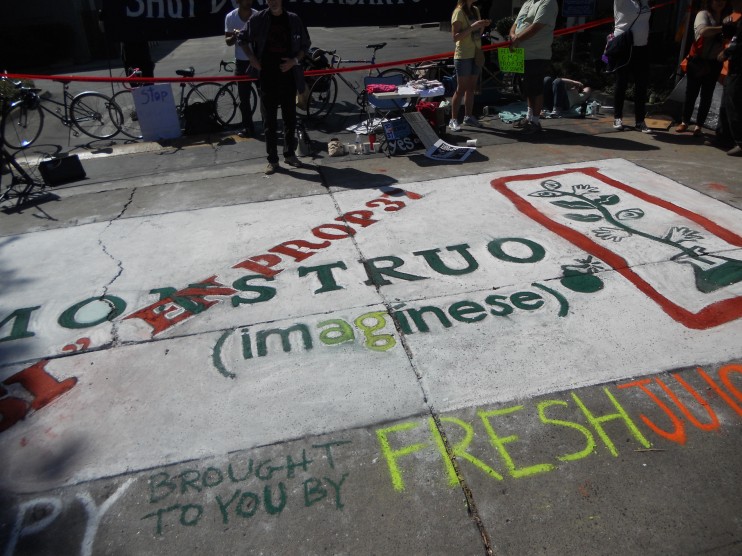 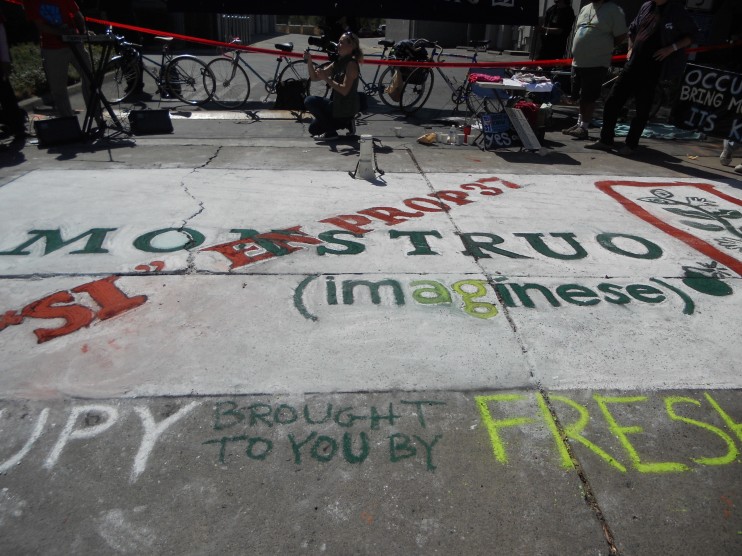 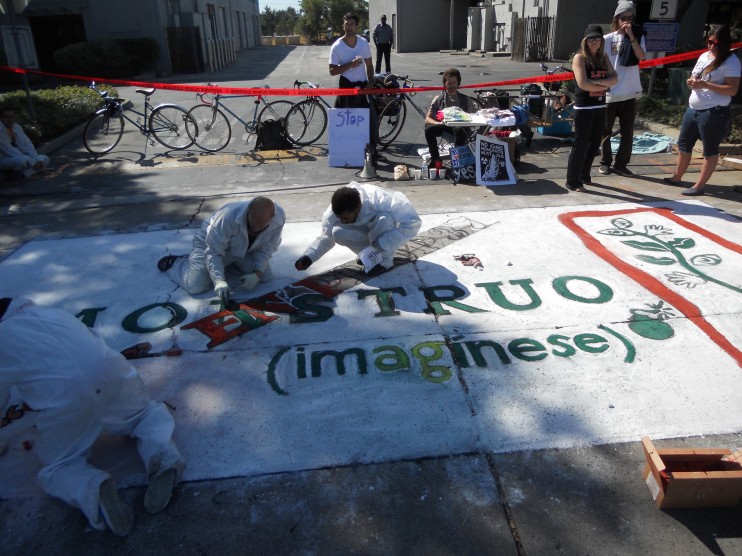 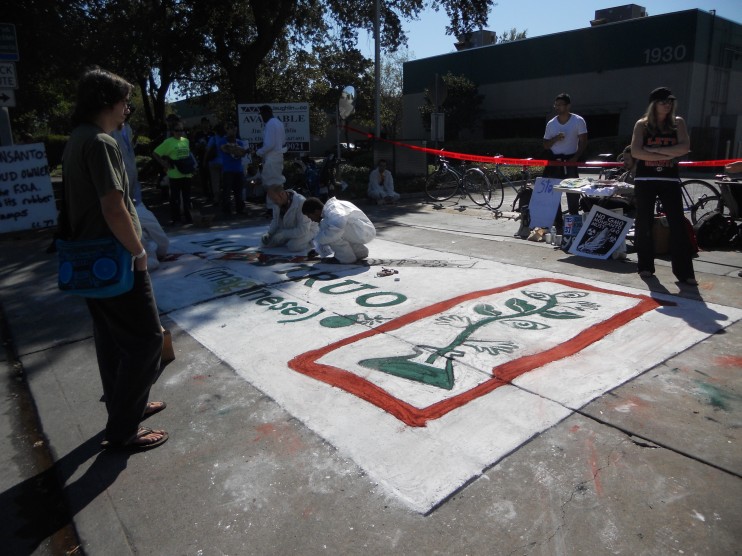