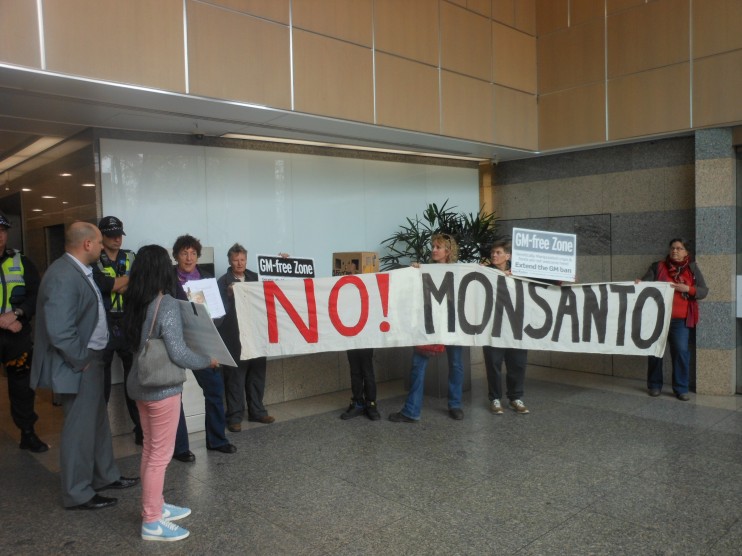 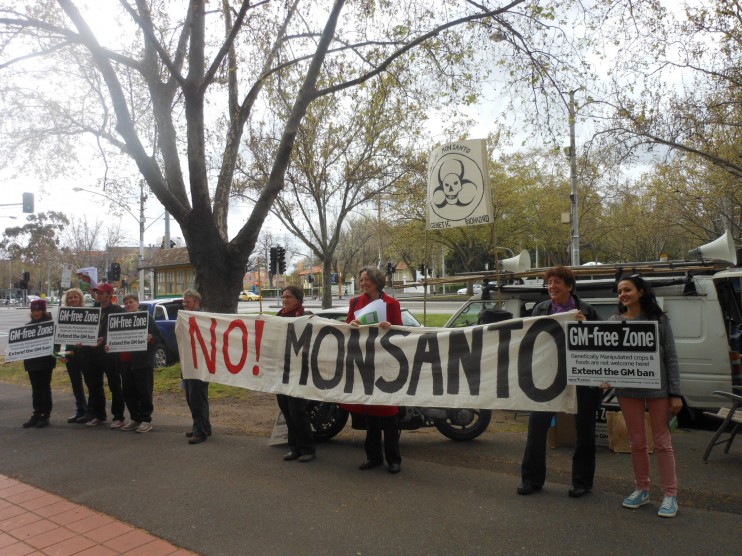 Mullumbimby has joined the global movement “Occupy Monsanto” with a week of fantastic events, films and a massive street parade so people can learn about the dangers of GM crops and speak out against the company’s poisonous 40-year legacy.

On Saturday 15th People marched in a street parade from Santos Health food shop in Mullumbimby to the Mullumbimby Community Gardens. They called for an end to the use of glyphosate hebicide (roundup) and a halt to the use of genetically modified seeds. Occupy Monsanto!!!!

NBM News: LOCALS PUSH FOR A BAN ON CHEMICAL PESTICIDES IN THE BYRON SHIRE [VIDEO]