Eat-In at the FDA to Label GMOs

Many different versions of the fable “Stone Soup” have been written throughout history. One story is about a hungry soldier who, when passing through an impoverished village, announced that he would make ‘Stone Soup’. The promise of mysterious Stone Soup persuaded the small village to pool its resources and offer up its hidden onions, carrots, and spices to feed everyone in town. By working together, with everyone contributing something, a greater good can be achieved.

Today, America can be a food desert, devoid of healthy options and corporate transparency, but with our resources combined, we can move toward a more informed, healthy, and just food system. Mandatory GMO Labeling, Testing and Regulation is a BIG step along the way to an honest and sustainable food democracy in the USA. 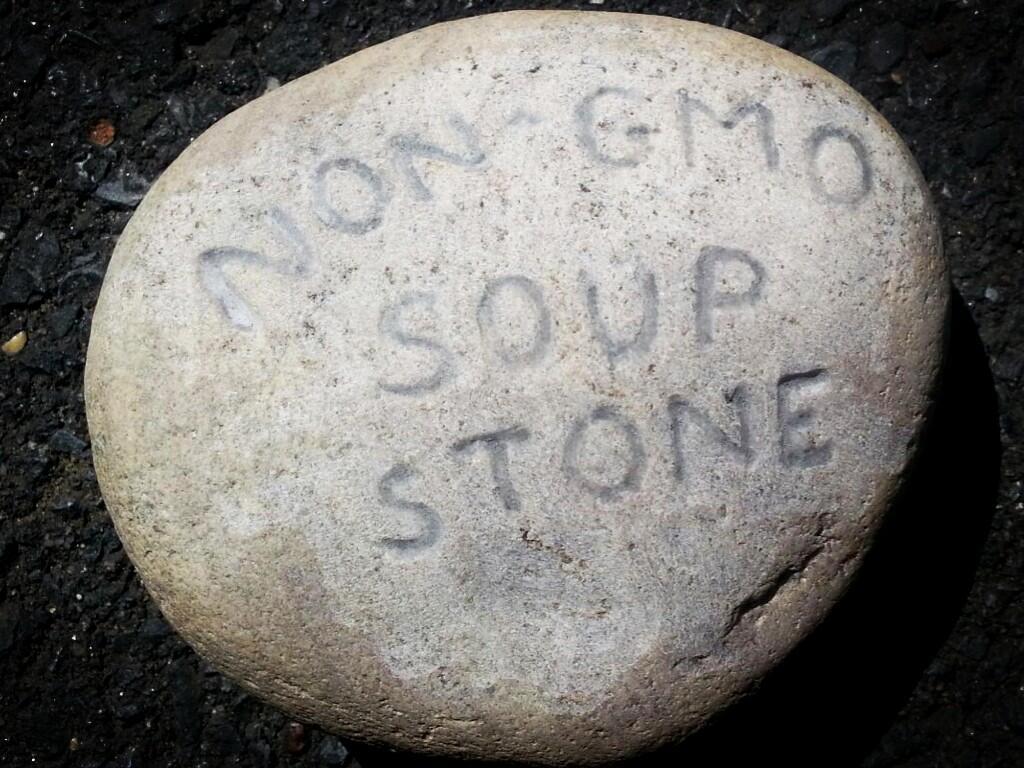 On Monday, April 8th, Americans will head to the FDA, to face down the institution that chooses Monsanto’s industrial interests over policy transparency and public health. Join this historic event to make your voice heard as we begin to take back our food system.

What: Eat-In for GMO Labeling at the FDA, Stone Soup Style.

Where: Outside of the Food And Drug Administration’s Center for Food Safety and Applied Nutrition, 5100 Paint Branch Parkway College Park, MD 20740

Why: The FDA is supposed to be the watchdog that protects us. Their purpose is to safeguard the consumer against industry, but instead they often seem to do the absolute reverse. The FDA has failed in its core purpose. FDA policies have lead to: a Lack of Transparency, Revolving Door with Industry, Market Bullying, Widespread Illness, Seed Privatization and Well Documented Risks to our Health: Lets take back our Food System!

The Occupy Monsanto team is eager to work with you on scheduling and filling a bus from your region to College Park, MD (Washington, D.C.). We are able to offer limited financial support for buses that register early and our organizers can offer helpful guidance and advertise your bus on this page.

Bus coordinators are responsible for:

Our national organizers are here to help with all of these steps.

Please click here to Signup as a Bus Captain

To see if there is a bus publicly announced in your area, please check back here frequently. If you have any other questions about buses, please email StoneSoup@Occupy-Monsanto.com or call Gene at 202-805-1603.

Carshare: You can also find or offer a carpool to D.C. by joining our group at Ridebuzz.org

By Metro: The Eat-In will be located one block East of the College Park-U of MD Station (Green Line)

By Plane: Local airports include Reagan National (DCA), Baltimore-Washington International (BWI), and Dulles International (IAD). Only DCA & BWI have connections to mass transit options. From DCA take a Fort Totten-bound Yellow Line train to Fort Totten Station, transfer to Greenbelt-bound Green Line train, get off at College Park-U of MD Station. From BWI, take the B-30 MetroBus ($6 cash fare) to the Greenbelt Metro Station, then take the next train one stop to College Park-U of MD Station.