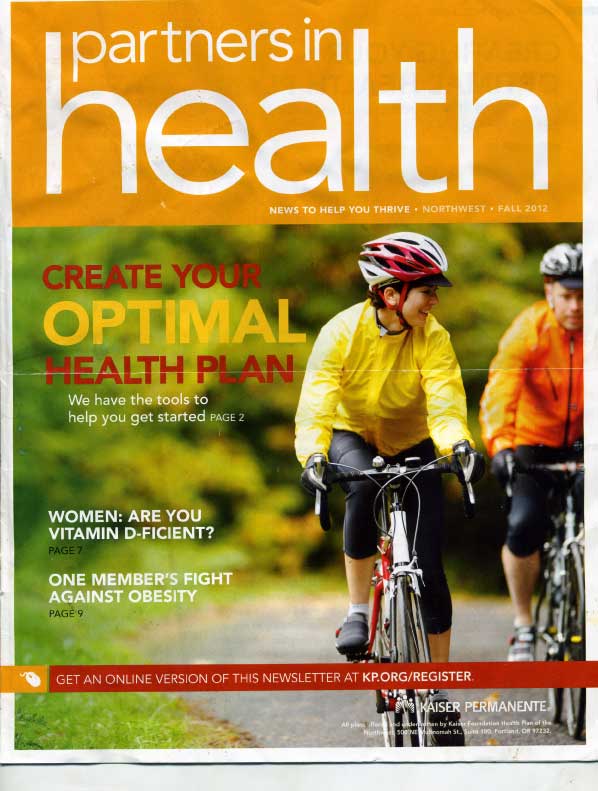 It has come to our attention that Kaiser Permanente, the largest managed healthcare organization in the United States, has advised its members against GMOs (genetically modified organisms) in food.

“GMOs have been added to our food supply since 1994, but most people don’t know it because the United States does not require labeling of GMOs,” according to the newsletter.

Sounding like a radical organic health proponent, the huge corporate Kaiser continued, “Despite what the biotech industry might say, there is little research on the long-term effects of GMOs on human health.”

Independent studies have shown GMOs to cause organ damage in rats and the inability to reproduce. Kaiser gave tips on how its members can avoid GMOs, including buying organic, looking for the “Non-GMO Project Verified” seal and to download the “ShopNoGMO” app.

Since corporations are required, by definition, to augment their bottom line, we think Kaiser’s efforts to encourage GMO avoidance for the members for whose health costs they must (sometimes!) pay – is telling. 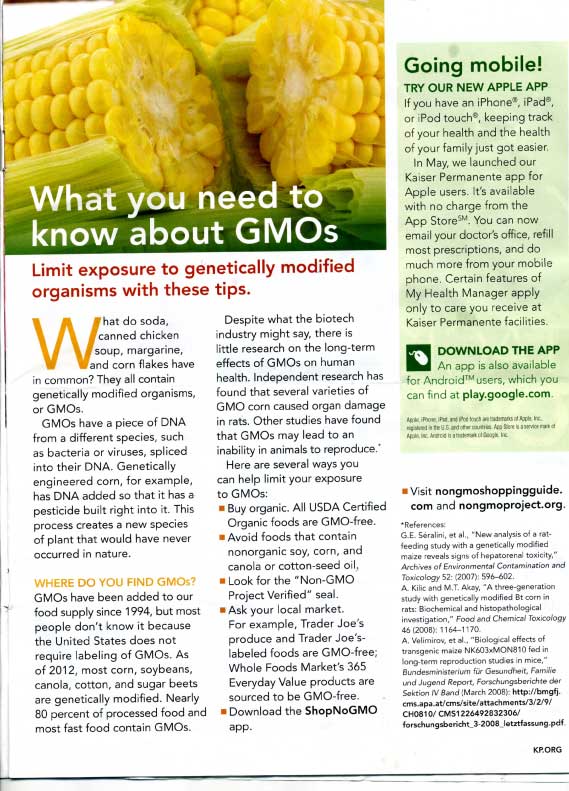 What do soda, canned chicken soup, margarine, and corn flakes have in common? They all contain genetically modified organisms, or GMOs.

GMOs have a piece of DNA from a difference species, such as bacteria or viruses, spliced into their DNA. Genetically engineered corn, for example, has DNA added so that it has a pesticide built right into it. This process creates a new species of plant that would have never occurred in nature.

WHERE DO YOU FIND GMOs?
GMOs have been added to our food supply since 1994, but most people don’t know it because the United States does not require labeling of GMOs. As of 2012, most corn, soybeans, canola, cotton, and sugar beets are genetically modified. Nearly 80 percent of processed food and most fast food contain GMOs.

Despite what the biotech industry might say, there is little research on the long-term effects of GMOs on human health. Independent research has found several varieties of GMO corn caused organ damage in rats. Other studies have found that GMOs may lead to an inability in animals to reproduce.

Here are several ways you can help limit your exposure to GMOs: