WHEREAS, the City of Cincinnati recognizes that consumers have the right to receive accurate and thorough information about the products they feed to their families; and

WHEREAS, the potential long-term risks to public health and the environment from genetically engineered products are largely unknown; and

WHEREAS, safety studies on genetically engineered products are limited because biotechnology companies generally prohibit their cultivation for research purposes in seed licensing agreements; and

WHEREAS, some independent peer-reviewed research that has been done on genetically engineered crops has reveled problems with liver and kidney functions in rats; deformities and neurological problems in vertebrates; and lower nutrition content in pesticide-resistant Roundup Ready crops; and

WHEREAS, a 2008 CBS/New York Times poll found that 87 precent of the U.S. consumers wanted all genetically engineered ingredients to be labeled; now, therefore,

BE IT RESOLVED, that the Council of the City of Cincinnati, State of Ohio,

Section 1. That the City of Cincinnati supports mandatory labeling of all genetically engineered products.

Section 2. That this resolution be spread upon the minutes of Council and a copy sent to the following:

Copy, paste, & customize the text of this resolution and sent it to your elected officials! 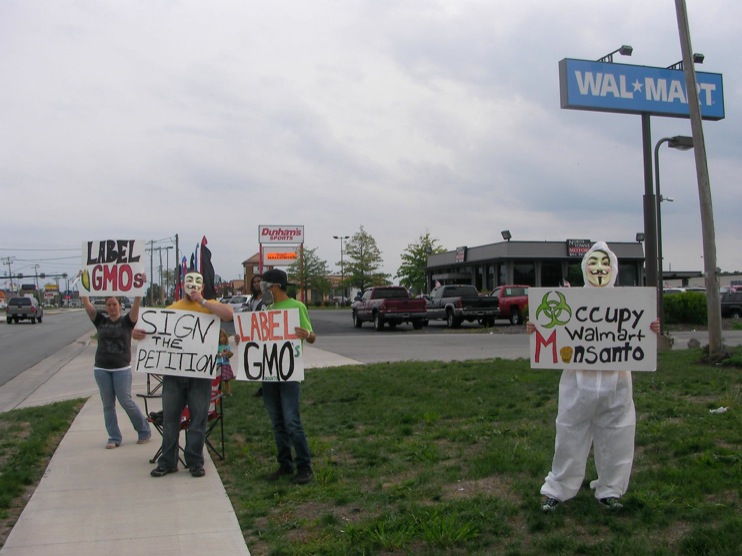 On September 17, 2012, Occupy Defiance and the Occupy Monsanto Genetic Crimes Unit at the Defiance, Ohio Walmart Supercenter protesting against and informing others about GMOs. 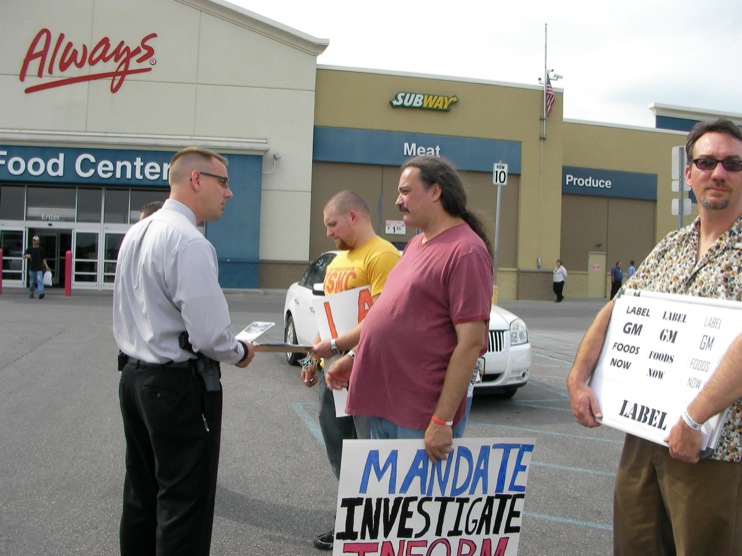