Cuestiónalo Todo and R-Evolución zine made a demonstration in Central Park of Miraflores, a comercial high-medium class district of Lima, Perú, in the context of Occupy Monsanto.

Cuestiónalo Todo is an activism plataform open for everyone who want to question any matter.

Note: Informed by Facebook, a lot of policeman came 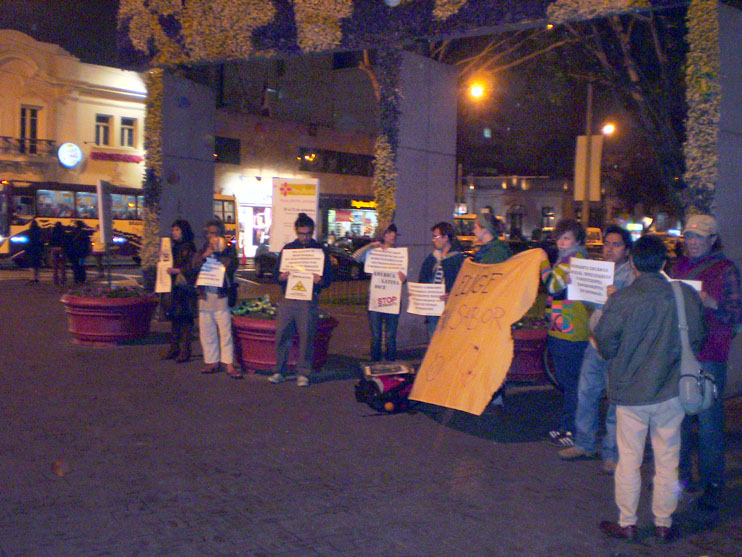 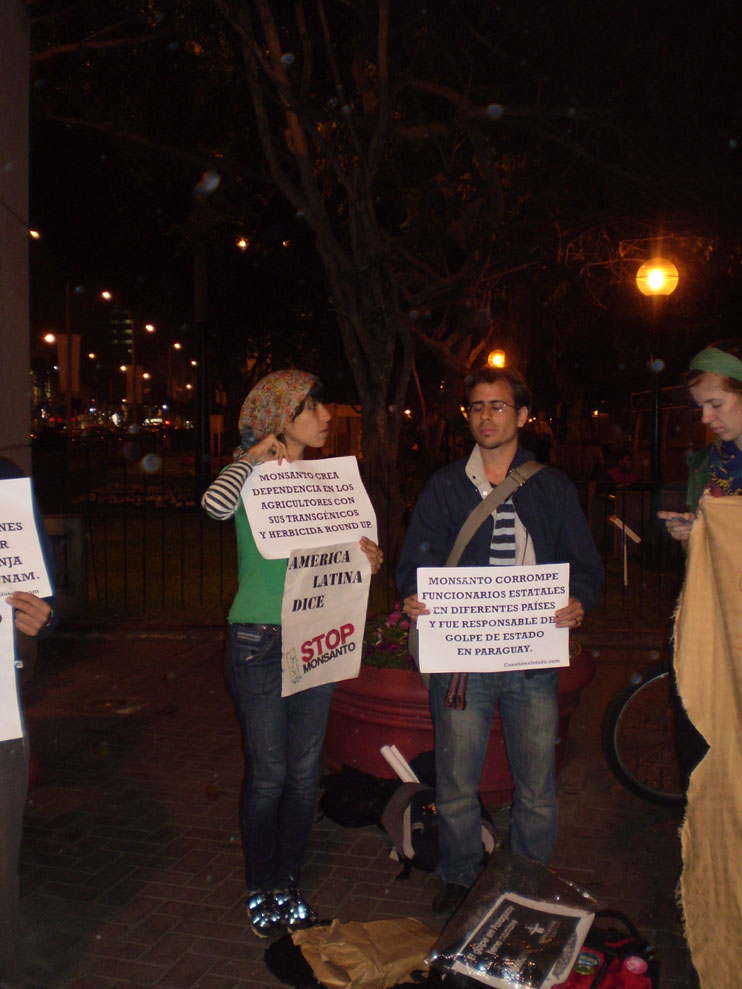 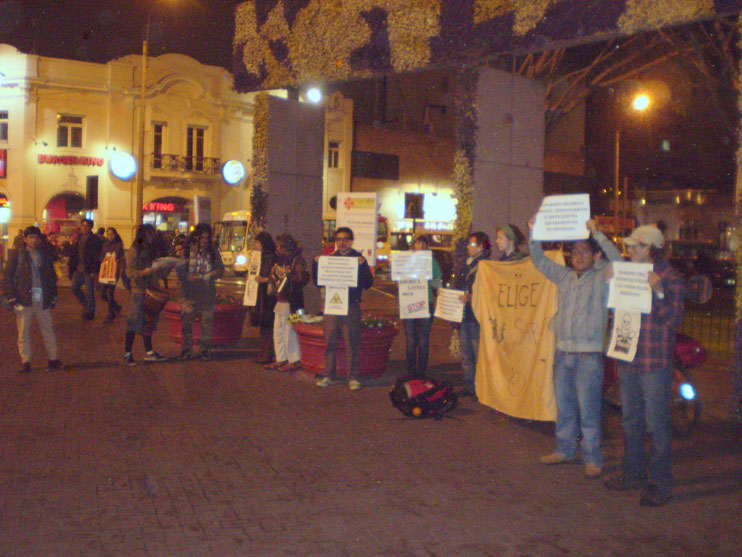