Appears some haven’t got the memo: it’s a whole new ballgame, and we’re playing for the marbles, for this beautiful marbled jewel: this world is in the balance.

Their balances are in the red. Spreadsheets tell them there is not time. Now we must act in the shared interests of all the planet’s occupants. Yet still it seems there are some speaking for the few; morally bankrupt few, whose unthinkable plans they continue to tout.

Please take a sec to take action to save our Freedoms!
Find out what their new ACTA is all about.

And all this is lest to forget we have asked the World to join us in Occupying Monsanto all this week, and what a week it’s been already.

Wish we could say more other than stay tuned. Watch like an Egyptian (Tahir Square among others have been picking up and broadcasting our “Occupy Wall Street Maui” livestream)! Stay tuned. Turn on Maui and the world to the planet’s plague that is Monsanto. Drop into our facebook sites regularly… daily updates and big news forthcoming. 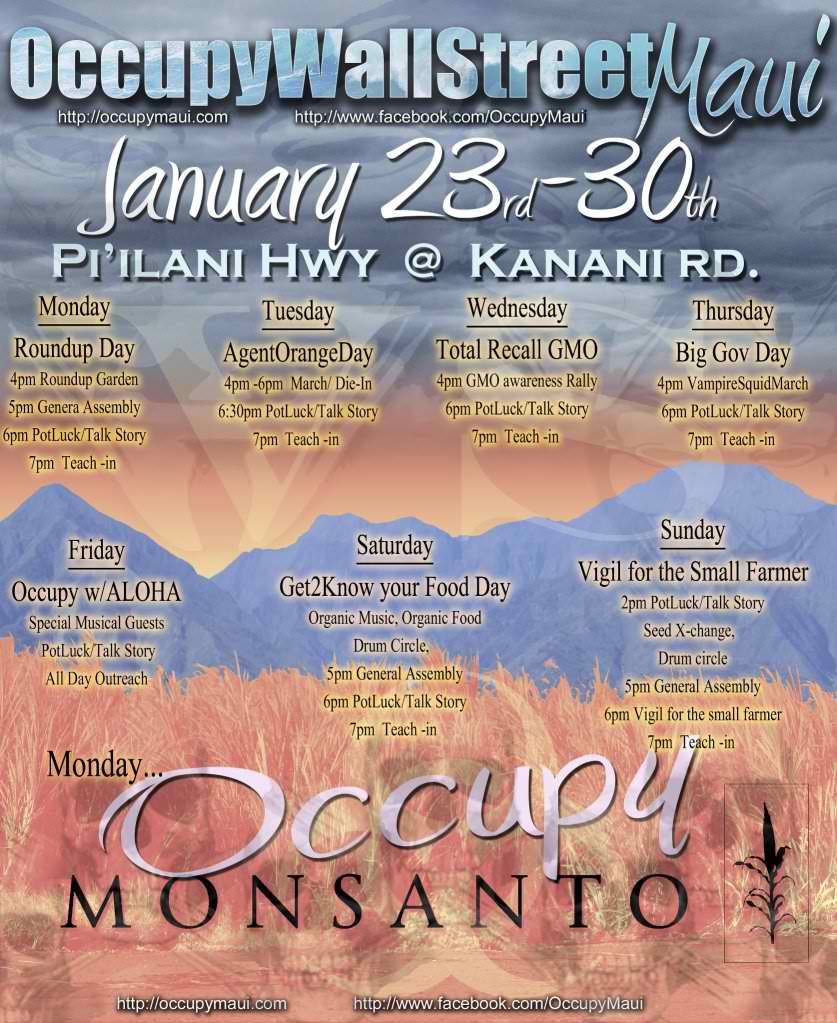 “An Ode to Monsanto” by Maimouna Youssef aka Mumu Fresh

YOU HAVE THE RIGHT TO KNOW IF YOUR FOOD IS GMO